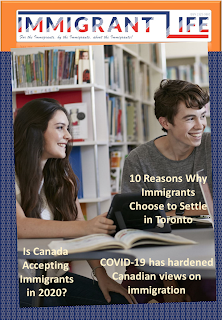 Is Canada Accepting Immigrants in 2020? 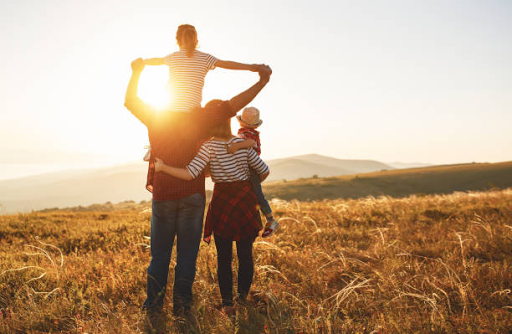 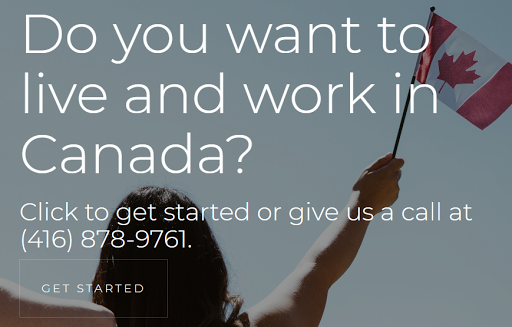 Why Canada is Maintaining High Immigration?

Canada is maintaining high levels of immigration to offset the negative economic and fiscal impacts of its aging population and low birth rate.
Canada has one of the world’s oldest populations, with nearly 18 per cent of its population being age 65 and over. It also has one of the world’s lowest birth rates at 1.47 births per woman. As such, Canada will face challenges growing its economy and supporting government spending in the future. These challenges can be be alleviated by welcoming more immigrants to support labour force and economic growth.
Since its founding in 1867, Canada has welcomed at least 300,000 immigrants in a year just five times. It is currently welcoming 0.9 per cent of its population in immigrants, which is three times higher than the per capita newcomer intake in the United States.
At the same time, Canada has had a higher per capita intake in the past, welcoming 1 per cent or more of its population in newcomers, something it regularly achieved in the decades prior to the First World War.
Canada’s immigration record was achieved in 1913 when it welcomed 401,000 immigrants which was over 5 per cent of its population in newcomers. Today, a 5 per cent newcomer intake would result in 2 million new immigrants arriving to Canada.
Source

10 Reasons Why Immigrants Choose to Settle in Toronto 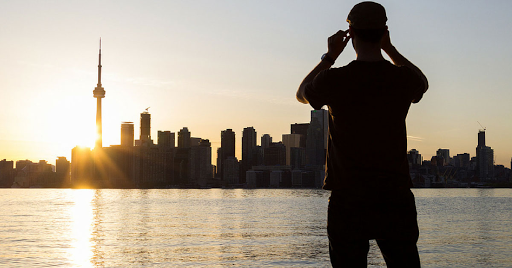 Toronto is a great place to live. Many native Torontonians sadly take our fair city for granted.  Sometimes, it takes recent immigrants to remind us about how good we have it. Many immigrants have come from places which are lacking in basic infrastructure, culture and general standard of living. They cherish their new found home and remind the people of Toronto of why it is a major immigration destination worldwide.
Toronto, while like many large cities has its share of high taxes, pollution, congestion etc. However, unlike many of its counter-parts, Toronto has some unique benefits not found in other North American cities. So let’s highlight our “Toronto Top Ten”:
1. Residential Neighborhoods in the heart of the city. What city boasts residential real estate next to city living? Unlike places like New York you can have it both ways in Toronto. Big cities, good schools and parks rolled into one. Whether you’re looking for family-friendly, trendy and dynamic, historical or busy city, Toronto has it all.
2. Low Crime Rate: Toronto is known for its low crime. When a violent crime occurs it makes the news–usually the front page.
3. Harmonious multicultural population. So many people from different backgrounds all living and working together. The proportion of Toronto’s population that’s foreign born remains higher than just about any major city in the world.
Over 250 ethnicities and 170 languages are represented in the Toronto Region, but the numbers only tell part of the story. Living in Toronto, you’ll soon realize that it’s multiculturalism is woven into every aspect of their way of life, whether it be through food, festivals, art or business.
4. Economic hub. Toronto is Canada’s business and financial capital. It’s where the merger and acquisitions, head offices, and big law firms reside. The Toronto Region is a global economic powerhouse that consistently outperforms other cities, with the most diverse economy in North America supporting a variety of key business sectors.
5.  Great cuisine and entertainment. Next to New York, Los Angeles, and London, Toronto is the largest centre for the Arts in the world. The Toronto Film Festival attracts the “IT crowd” from Hollywood every year.  World-renowned festivals, events and spaces celebrate the arts, theatre and the city’s heritage, all set against a backdrop of marvelous architecture and inspired by Toronto’s diversity.
Toronto has a dynamic and diverse culinary scene, with internationally-acclaimed chefs and restaurants. The bar and nightlife scene is pretty incredible too.  From Vegas-style lounges to after-hours nightclubs to relaxed sports bars, there are options to suit everyone.
6. Variety of Real Estate. Whether you are renting or buying, you can choose from many different types of housing in Toronto. You can choose to own or rent anywhere from an apartment, to different sized family homes, to a townhouse. In some cases, landlords or other tenants even allow you to rent out a single room if you are trying to save some money. Whatever your taste in living style is, there will be something for you in Toronto.
7. Government stability. Compared to other places especially outside the US and Canada, Toronto is virtually corrupt-free. Canada as a whole has been a functional democracy for nearly 150 years, and Canadians are proud of their history as a free people with a government that generally respects their wishes and protects their rights.
8.  A true cosmopolitan city. Toronto’s multiculturalism combined with its economic clout translates into a world class affair on the scale of New York, Paris and London.
9. Stable Climate. Toronto has a semi-continental climate, with a warm, humid summer and a cold winter. The Spring and Fall weather usually  falls somewhere in between. Hurricanes, tsunamis  and earthquakes are things virtually foreign to Torontonians.
10.  People. After all a city is it’s people. Torontonians are busy; they are rushed and sometimes reserved. But they are nice to the core, tolerant and accepting. Smile and they will smile back
Source

If Toronto’s so unfair to immigrants, why do immigrants keep flocking to Toronto? 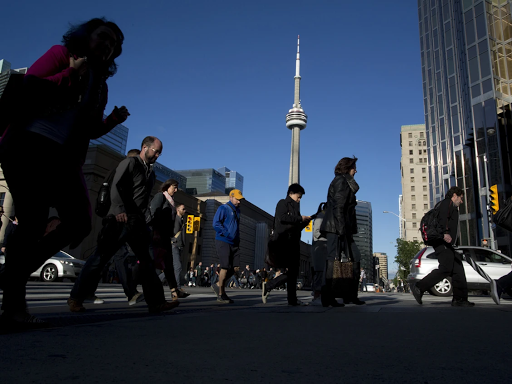 With nearly half of its population, and growing, comprised of immigrants, Toronto might well be one of the greatest immigration success stories there is. PHOTO BY BRENT LEWIN/BLOOMBERG
Among Toronto residents who had immigrated before 1981, the top three countries of birth were Italy, the United Kingdom, and Portugal. For those who immigrated between 2011 and 2016, it was India, China, and the Philippines. Naturally, if immigrants in 1980 were from wealthier economies than immigrants in 2015, the average income of the latter group might well be lower than the former, even if the incomes of individual immigrants and their families rose over this time period. What would be worrying is if immigrant incomes didn’t improve over time. But the United Way’s own data suggest that 1980-era immigrants to Toronto were far better off by 2015, and we should similarly expect that immigrants to Toronto in 2015 will achieve higher standards of living, and they and their children will enjoy better opportunities and greater material well-being 10, 20, and 35 years from now. That’s the most valuable measure of whether the economy is working for immigrants.
The United Way report also errs by citing “income gap” statistics (between white and minority workers, non-immigrants and immigrants, men and women, and middle-aged people and youth) as evidence of an unfair economy. But its income gap statistics do not control for education, experience, occupation, or any other factor except whether the worker is in a permanent full-time job or not.
Source 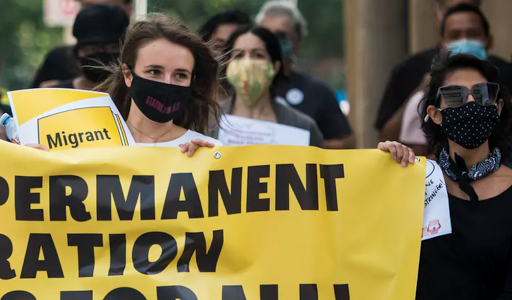 People march towards Deputy Prime Minister Chrystia Freeland’s office in Toronto during a rally led by current and former international students calling for changes to immigration rules during COVID-19 on Sept. 12, 2020. THE CANADIAN PRESS/ Tijana Martin
With an aging and slow-growing population, Canada depends on immigration for economic and demographic growth.
But the COVID-19 pandemic has effectively closed our borders and virtually halted the entry of immigrants.
Troubling new evidence about Canadian attitudes, shaped by the pandemic, suggests that even when borders finally reopen and the economic rebuilding begins, immigrants may no longer be as welcome as they have been in the past.
Outside Canada, the far right has stoked anti-immigrant rhetoric, and Canada is not immune to racism against immigrants.
Source 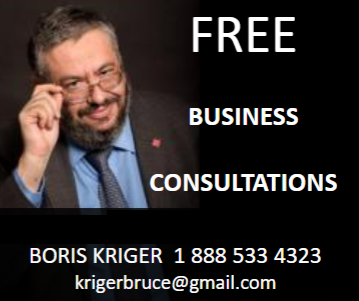 It is estimated that there are 30 to 40 million undocumented workers worldwide. Although undocumented migration has become an issue of high international relevance, it has been strikingly understudied in Canada, especially with respect to its impact on health. The purpose of this study is to explore the concept of undocumentedness in Canada through a scoping review of peer-reviewed and grey literature written in English, French, Portuguese and Spanish between 2002 and 2008. The specific aims are to: i) summarize and disseminate current academic and community-based findings on the health, service access and working conditions of undocumented migrants in Canada; ii) examine the sources and use of evidence; iii) identify significant gaps in existing knowledge; iv) set recommendations for policy and research, including considerations on transnationalism, ethics, interdisciplinary approaches, gender differences, resilience, and impact on the children of non-status parents.
Source 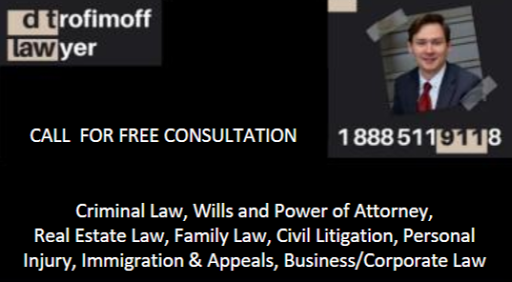 The Housing Needs of
Immigrants  in Canada

There are numerous gaps in policy and programming. Research indicates that front-line settlement workers may lack systematic knowledge about housing issues simply because housing falls outside their mandate. On the other hand, housing agencies and help centres often lack the language skills and cultural sensitivity training to deal with newcomer populations.
Most new arrivals in Canada find housing through the private rental market, and as a whole their biggest housing-related problem is affordability. Housing help centres in large urban areas are limited in their ability to assist clients when the broader context is one of little availability of affordable rental units. Thus, the biggest challenge for Canadian housing policy is to ensure the availability of more affordable housing. The lack of available social housing is also a concern. Though newcomers comprise a majority of residents of some social housing complexes, there are
no coherent strategies aimed at newcomers.
Key Findings
Immigration and housing experiences
1. Affordability is the biggest housing-related barrier facing newcomer populations.
2. Declining relative incomes of newcomers feed directly into constrained choice of
housing and neighbourhood and rising concentrations of low-income newcomers in
certain neighbourhoods.
3. Affordability problems are exacerbated by relatively declining availability (i.e.
relative to rising need) of non-market or assisted housing, including social housing,
rental assistance and other means of assisting low income households.
4. The idea of a progressive housing trajectory remains true for most newcomer
populations, but there is wide variation in housing outcomes when broken down by
immigration category and national origin. Visible minorities fare worse in terms of
housing than do immigrants of European origin, yet there are wide discrepancies
within each of these categories.
5. Best practices for high-needs individuals such as government-sponsored refugees
involve immediate and comprehensive supports followed by integration into broader
community. Group housing with close proximity to services, even services offered
on-site, is ideal.
Source 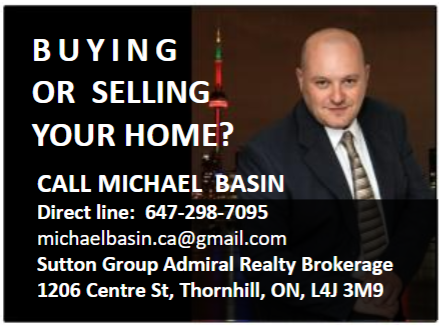 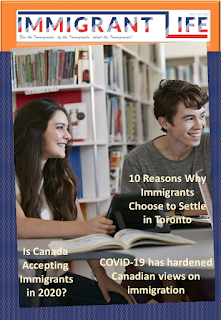 Popular posts from this blog

LEARNING OR SUFFERING?   SEARCHING FOR NEW APPROACHES IN SCHOOL EDUCATION The world has changed so much that this fact can no longer be ignored. It is necessary to look for new goals and methods of school education. Sometimes schools continue to teach as if it were not the second decade of the twenty-first century, but the dark Middle Ages. Schools have to compete for children's attention, and teachers inevitably lose out to addicting computer games. Knowledge does not linger in children's heads. It evaporates without a trace after the passed tests. Ask the average student about what they are learning at school. At best, you will get a very vague answer. Even great teachers fail to achieve persistent, and most importantly, meaningful knowledge from their students. They are bored, they do not see the application of their knowledge.  The most effective way to generate interest in a child is to provide him with access to the atmosphere of interest in which the people around him ar
Read more